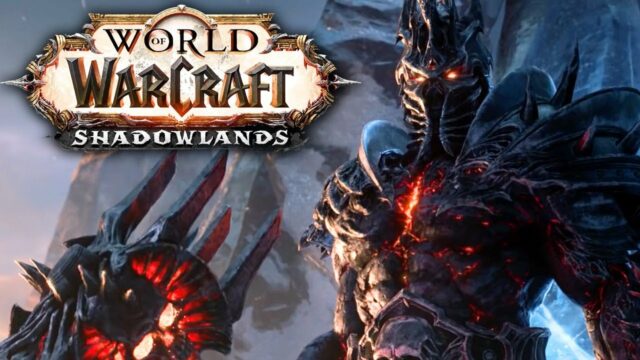 WOW is still being played in 2020, and this is why today, we wanted to make a World of Warcraft review. Although this legendary game started back in 2004, it saw updates and expansions. From its first iteration being referred to as vanilla wow then onto burning crusade, the lich king’s wrath, cataclysm all to the newest one, shadowlands.

Each new update expands to the game experience, offering new content, battle zones, dungeons, enemies, and raids. Basically, the game is getting more and more content added to the game each year; this why WOW’s community is getting bigger and bigger by the year.

Quite frankly, World of Warcraft is an incredibly accomplished game in the MMO scene. It is filled with everything great known to MMOs, forms the mechanics to the leveling systems, and the beautiful cosmetics. It is just mind-blowing how far this game has come. The game takes you to another magical world, another dimension filled with mysteries for you to explore.

But how on earth is this game still relevant nowadays? How did it always manage to attract more players to join its community? Why is it still growing despite it having outdated graphics? This is why we are here to answer these questions through our World of Warcraft review.

World of Warcraft Review – An Overview

We’ll be outlining some points about the game. We will try our best to express in words how this game is unique. We will begin with the game’s gameplay and then start with the game’s combat. With that said, let’s begin.

Deciding on what class you want to be or roll within the World of Warcraft is probably the most crucial thing you will make about your fictional character. Unlike races in the game – which can be changed for a small fee – classes are permanent, and can not be changed once a character has been generated, Period.

Ok then, what exactly is a class? A character’s class determines what powers and skills or abilities available to them; what kind of weapons and armor they can use; what combat roles they fall in or succeed in.

Furthermore, a character class can influence the character to a significant extent that can affect their strengths, weaknesses, and the character’s playstyle.

You should try choosing a class that is capable of fulfilling your preferable playstyle or role/s or that you find appealing. Lore can also affect the choice of class. In addition to your class choice, each class consists of three distinct specializations or ‘specs’ (for example, druids have four specializations or specs).

All things considered, playing a particular class may seem to be for all intents and purposes troublesome during the beginning phases of the game. Yet, your class might change unexpectedly after acquiring a new ability or talent, this by itself, increases the excitement and fun of playing the game and putting time in it.

Newcomers should remember that their class’s strengths and weaknesses may not be obvious until later levels (especially at LVL 40).

Finally, Truth be told, World of Warcraft is an evolving game; basically, it is never-ending. Any given class or specialization’s strengths and weaknesses may shift drastically from patch to patch.

Combat refers to a basic game system of World of Warcraft. Combat is the state where the character attacks (or going to attack) a chose enemy target. While in this aggressive state, your character is prohibited from specific actions or abilities. For example, eating or utilizing a [Hearthstone] is restricted during combat state. Also, Combat can likewise allude to a rouge specialization that was later renamed to Outlaw.

When a character attacks or is attacked, he/she will be notified by the game as being in a combat state. This state is indicated to the player with a symbol of two crossing swords close to their character picture. Many actions and abilities can’t be utilized while you are in a combat state, meaning you should know how to get in and out of combat state, particularly in PvP battle.

In PvP, if the player does not attack or be attacked for 6 seconds, they will leave combat, or if all the attacking enemy characters have been killed. In most situations in PvE, once all attacking enemy monsters have lost interest in you, you will be sent back to a normal state and be disengaged from a combat state.

Actions that can do in combat:

Some bosses place everyone on the team (or raid) in combat state when engaged, regardless of their enemy boss’s distance.

Abilities that can’t be used in combat

When in battle, a few abilities become inaccessible, such as drinking, eating, mounting, and accepting a summon.

Abilities that cause you to escape combat

Few classes have abilities that cause them to be withdrawn out battle immediately. But despite that, in the event of them getting marked, they will be brought once again into combat whenever they take harm or damage.

Keep in mind; these abilities don’t eliminate you from combat state during any Boss Fights (just toward the finish of wipes if you time it accurately).

[Vanish] makes the rogue disappear and turn entirely invisible for a 3-second window, then turns him into stealth mode. It is on a 2-minute cooldown. However, it can be reset using [Preparation].

[Feign Death], this ability has a 30-second cooldown; it withdraws the hunter from a combat state during its active time. In PvP, this is often used to disengage the hunter from being a target, canceling all incoming spell casts. In PvE, it will cause mobs to leave the hunter alone, without aggroing him or attacking him.

[Invisibility] after 3 seconds of no action or receiving damage, this ability hides the mage making him appear invisible to the enemies. It also causes him to leave combat entirely unless replaced with [Greater Invisibility].

[Shadowmeld] similarly, it can drop combat just like the hunters’ feign death.

Here is some history about the game; the game was released back on November 23, 2004, by Blizzard Entertainment. It is currently at its 7th update expansion, and the 8th is one the way to be released later in November of this year 2020.

The system requirements from its release or what it is known as vanilla to the next 8th expansion have changed a lot. In 2018, DirectX 12 API support was introduced to the game, and Blizzard from that time started to improve the game’s graphic elements such as lighting, 3D models, textures, particle effects, etc.

Although the DirectX 12 API did offer that high-performance uplift, the game became more demanding. Today the game needs a powerful processor and graphics card. It requires a gaming PC powerful enough to run the game smoothly, to maximize an enjoyable experience.

The graphic card is an essential piece of hardware for the gaming PC to run this game flawlessly. It handles all the rendering process of what is displayed on your monitor and directly affects the texture quality, frame rate, anti-aliasing, etc.

And since this is a well-known game, we wanted in our World of Warcraft review to test some gaming parts to measure the game’s performance, we tried two graphic cards on the same settings being placed on ultra, and the GPUs are the NVIDIA GTX 1080 and AMD RX Vega 64.

We tested in them on both available APIs, DX12, and DX11. We noticed some difference in performance when using the DX12 instead of the DX11; DX12 generally affected the minimum FPS on both GPUs.

This is why we concluded in today’s World of Warcraft review that DirectX12 is still not optimized for the game yet, but it will be receiving more love in the future.

During making our World of Warcraft Review, we often wondered off while listening to this game’s nice soothing music; we think this is what made most players out there love the game.

As far as the soundtracks go, the music plays a significant role in this game. Each soundtrack is exquisite and heightens the gameplay action itself, making the player more energized and more engaged with the game. It just as essential to the experience as everything else in the game.

Final Thought On The World of Warcraft Review

To be honest, we enjoyed ourselves while making the World of Warcraft review. We enjoyed the wonderful and masterfully build a “fantasy world” of World of Warcraft. We found the game a bit harder to start as a beginner, and we heard the game developer would be taking steps to solve this issue of having too much information to digest for a newcomer.

We hope you enjoyed and got some excellent information from our world of warcraft review. And like always, Let us know if you want any PC part to be reviewed or any game to be reviewed. Don’t forget to share and comment in the comment section below with your basic system configuration and what you like us to do next.

Wow is a great game that I want to try. I believe it is one of the best MMORPG out there simply because the team behind it are great to keep it on the top list for years. I will give it a try. Thank you for this amazing and honest World Of Warcraft review!